Game Projects | Resume | About Me

My current project is a tile-based, turn-based RPG with simple mechanics to digitize tabletop gaming for kids. It will feature a procedurally generated game board with monsters to defeat, prisoners to rescue, and treasure to collect.

Re-creation of the game Pong with a bouncing ball and 2 opposing paddles, which can be moved independently using one keyboard (W and S to move the left paddle and the up and down arrow keys to move the right paddle).

Basic 3D space with a first-person camera. There is also some code for procedural generation of a simple action-adventure dungeon (from before I switched it to 3D), but I never completed rendering for it. Though incomplete, this shows my understanding of object-oriented programming and project structure.

My first game project: a simple arcade game, built for a Game Design class in college. You play as a treasure hunter trying to climb a hill while monkeys roll logs down the hill to impede you. Dodge the logs by moving left or right, but you never progress up the hill. 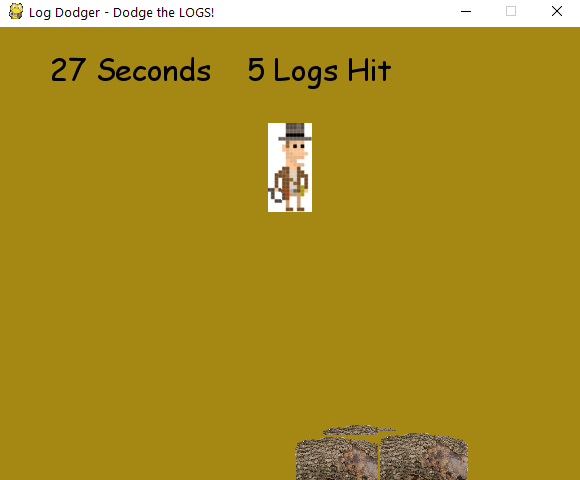